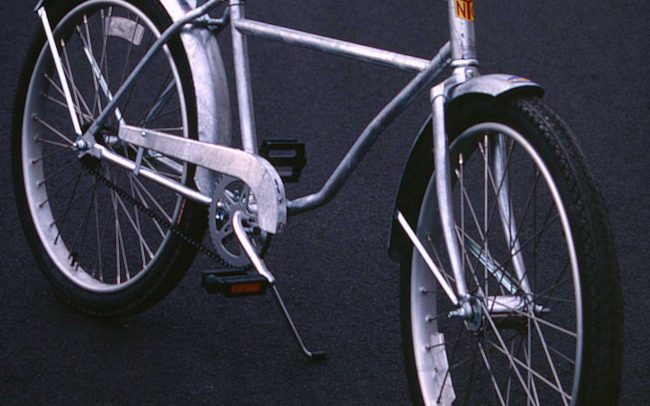 NYCYCLE In 1997 Staller had the idea to market a sturdy bike for New York. He contracted with Worksman Cycles of Brooklyn to furnish their handmade industrial bicycles with a galvanized finish. Galvanizing is a durable metal plating (typically used for light poles and cyclone fencing) that would not scratch off or rust. Normally this finish is considered too rough and crude in appearance and was only applied on the NYCYCLE. The NYCYCLE came with a hight security lock and chain. Although prototypes were ordered by Ralph Lauren and J. Peterman Company, the bike was never put into mass production.